Day of Tears: A Novel in Dialogue

The largest slave auction in U.S. history took place on March 2 and 3, 1859. Over 400 human lives were sold, tearing apart families and cruelly separating hearts bound by love. During the auction, it rained so hard that it seemed as if the sky itself was crying. The slaves being sold were owned by Pierce Butler, a Georgia plantation owner. The impetus behind the sale: Butler needed money to pay off his gambling debts. Julius Lester explores the human tragedy behind the statistics of that staggering event in an inventive and powerful narrative that uses both monologue and dialogue, and moves back and forth between the time of the sale and the years that follow. He traces the lives of several of the slaves, including Emma, a young teenager who was sold despite Butler’s promise to her parents, his personal house slaves, that he wouldn’t let her go. He also follows the lives of Butler’s two daughters, Sarah and Frances, who echo the conflicting view of their parents. Sarah, like her mother, opposes slavery, and eventually becomes an abolitionist. Frances is her father’s daughter through and through, sticking by him to his own bitter end. Lester weaves research and historical fact into a narrative that is rife with moments of shocking coldness and heartwrenching despair. They live and breathe side by side in these pages with tenderness, determination, and the will to survive. (Age 12 and older)

Meet-the-Author Recording with Julius Lester about Day of Tears 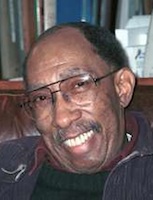