I'm the Biggest Thing in the Ocean

A giant squid with an even bigger ego just can’t get over himself. The squid... read more

A giant squid with an even bigger ego just can’t get over himself. The squid proclaims—proudly and loudly—that he’s the biggest thing in the ocean: bigger than the shrimp, bigger than the clams, bigger than the turtles . . . even bigger than the octopus and the shark (though he doesn’t shout about that one). But there’s a big surprise in store for the squid, one that momentarily turns his world upside down. The squid’s ego proves to be nothing if not resilient in Kevin Sherry’s droll picture book that plays a single idea in the narrative off an abundance of understated visual humor. (Ages 3–8)

Teacher's Guide from Book It

Created by Book It 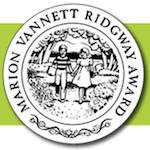