A Couple of Boys Have the Best Week Ever

James and Eamon spend a week at Eamon’s grandparents’ house while they... read more

James and Eamon spend a week at Eamon’s grandparents’ house while they attend a nearby Nature Camp during the day. The two best friends have a great time together, not necessarily at Nature Camp but during their off hours. Actually, neither boy seems to have much interest in nature. All week they turn down Grandpa Bill’s suggestion to go to a special penguin exhibit at a local museum, and they have no desire whatsoever to play outside. Instead, they watch TV, play video games, and stuff themselves with Grandma Pam’s banana waffles. Much of the humor comes from an incongruity between text and illustrations. For example, where the text says, “At night, James and Eamon slept on a blow-up mattress with an automatic pump,” the art shows the boys jumping up and down on the mattress. The text, in fact, describes events as an adult would want them, while the pictures show what the boys are really doing. Most amusing and poignant is the poor grandfather, wanting so much to share his passion for penguins with two boys who couldn’t care less. But it turns out something has sunk in. On the last night, the boys venture outside, and against a moonlit ocean backdrop, using rocks, shells, and sticks, they build an Antarctic scene, complete with penguins. Upon leaving the next day, “they walked like a couple of penguins all the way out the front door.” It’s a perfect ending to the boys’ best week ever. (Ages 4–7) 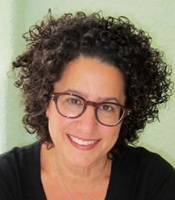 Lesson Plan from Picture This! Teaching with Picture Books

Created by Picture This! Teaching with Picture Books

View on Picture This! Teaching with Picture Books Share