Book of a Thousand Days

Dashti has only just arrived to take her place as Lady Saren’s maid when the... read more

Dashti has only just arrived to take her place as Lady Saren’s maid when the two are locked in a stone tower. It is Lady Saren’s punishment for refusing to marry Lord Khasar. Saren languishes in the tower, her soul so troubled that even Dashti’s skill with healing songs doesn’t help. A visit from Khan Tegus, the young man to whom Saren has promised herself, brings no change: Saren insist that Dashti speak for her through the small window that gives them a glimpse of the outside world. Worse, she insists Dashti pretend to be her, and the maid is shocked at the severity of her own transgression even as she enjoys the verbal exchanges with the young Khan. A visit from Lord Khasar is far more frightening; his anger at being refused poses a threat not just to Saren and Dashti but to the entire kingdom. The two young women escape and discover devastation at the hands of Khasar’s army. Making their way to the realm of Khan Tegus, the two find work as kitchen maids when Saren refuses to reveal herself. Shannon Hale’s riveting story of loyalty, sacrifice, and love builds to a dramatic climax as word comes of Khasar’s army marching toward the gates. Hale’s fantsy is based on a tale recorded by the Brothers Grimm (“Maid Maleen”) and is set against a richly imagined backdrop inspired by medieval Mongolia. Told in the eloquent voice of Dashti, a peasant girl with a poet’s heart, the graceful narrative features spot illustrations by James Noel Smith in a shining tale of courage and heart. (Ages 11–15) 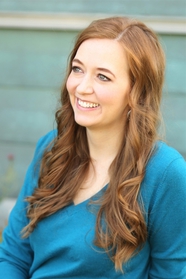