After Beast Feast (Harcourt, 1994), On the Wing (Harcourt, 1996), and In the Swim (Harcourt, 1997), could a book by Douglas Florian about insects be far behind? Like his three earlier volumes of original poems and paintings about the natural world, Insectlopedia is a fanciful, imaginative compilation in which the author/artist creates synergistic pairings of poems and works of art. Each of the 21 humorous poems blend observations about an individual insect's appearance or behavior with whimsical leaps of logic. Sometimes the textual humor comes from form as well, as in several concrete poems in which the words create a visual image on the page. The poems can stand on their own, but the watercolor paintings that Florian has created to illustrate them are both graceful and teasing expansions of the humor of the text, so that words and visual images together are a fuller experience than either on its own. (Ages 8-14) 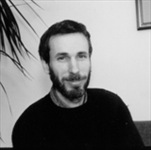 Created by Poetry at Play

Created by ALA Public Programs