After her father is beaten and permanently injured by police at a protest for Indian... read more

After her father is beaten and permanently injured by police at a protest for Indian independence from Britain, teenage Vidya and her family must move in with relatives who live by far more traditional Brahmin practices than Vidya’s progressively-minded parents had. Vidya once planned on a university education. Now she is ordered to spend her days after school taking care of a young child and silently serving meals to the men, who debate independence, nonviolence, and whether to fight with the British against the threat of Japanese invasion as World War II rages beyond their nation’s borders. The library upstairs is the only place Vidya feels connected to her old dreams. It is also the place where she converses with Raman, a young man visiting the family who seems to understand her desire for an education, for nonviolence, and for an independent country and life. Debut author Padma Venkatraman writes about a girl who finds her heart both broken and buoyed in unexpected ways in a story that vividly juxtaposes Vidya’s personal family tragedy against the complex social and political times in which the richly realized characters live. (Age 12 and older)

Meet-the-Author Recording with Padma Venkatraman about Climbing the Stairs 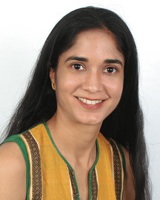 Created by Damsels in Regress

Created by Story in the Public Square