There's a Wolf at the Door

by Zoe B. Alley and R.W. Alley

This oversize picture book presents five familiar stories, all involving the same wolf. Written and illustrated in a graphic novel style, these humorous versions of “The Three Little Pigs,” “The Boy Who Cried Wolf,” “Little Red Riding Hood,” “The Wolf in Sheep’s Clothing,” and “The Wolf and Seven Goslings” are both sly and silly. The volume begins with a smartly dressed wolf in top hat and ascot heading out for a delicious dinner. As three little pig brothers set about building houses for themselves, “very soon, a hungry wolf appeared, smelling fresh pork chops on the wind.” Recognizable actions and phrases follow, with the huffing puffing wolf being told off by each of the brassy pigs declaring, “Not by the hair of my chinny chin chin!” Defeated by the swine brothers, the wolf follows a sign to “Greener Pastures,” where he encounters a very bored shepherd guarding…er, watching his flock. The exasperated pastoral worker reflects, “What this pasture needs is some excitement! Some danger! Some predators!” so he subsequently cries “Wolf!” to get the attention of the villagers. As the wolf zigzags through the five stories, readers will appreciate identifiable details as well as offbeat twists and turns. The volume concludes with the wizened wolf deciding to try vegetarianism rather than sheep’s clothing. Perhaps the wolf will meet up with Jack and his beanstalk? (Ages 5–10)

Zoe B. Alley page on TeachingBooks 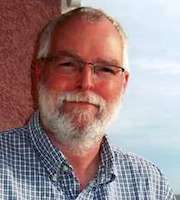 Interview with Zoe B. Alley

Interview with Zoe B. Alley