by Margie Palatini and Richard Egielski

Coulette, Poulette, and Fifi are three French hens who have been sent by a woman... read more

Coulette, Poulette, and Fifi are three French hens who have been sent by a woman in Paris to her true love, Philippe Renard, in New York. When they end up in New York City’s unclaimed mail office, the three enterprising birds set off to find Philippe on their own. Quickly concluding that they must translate the French name “Philippe Renard” into English in order to find their intended recipient, they are soon knocking on the door of one down-on-his luck Phil Fox. Phil hasn’t had a square meal in ages. Now three square meals are standing at his door. He welcomes them in without mentioning that he’s not who they are looking for. Not to worry. Phil’s cunning is no match for his conscience, especially when he’s faced with the overwhelming good will and charm of Coulette, Poulette, and Fifi in Margie Palatini’s hilarious holiday story featuring Richard Egielski’s comical illustrations. By book’s end, the foursome are sharing a joint Christmas and Hanukkah celebration (it turns out they are kosher chickens). (Ages 5–8) 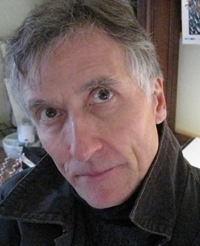