Joan M. Wolf’s debut novel is a riveting story about identity set during World War II and based on historical events. When the Nazi’s round up the citizens of Malida’s Czech village, she is one of ten children singled out. All of them have Aryan features, and all of them have been chosen for a retraining program designed to turn them into model German citizens. Malida’s name, her language, her identity are all taken away. She is given a new name—Eva—and a new language—German. It is forbidden—and punishable—to use anything else. As time passes, Eva finds it harder and harder to remember her past. Eventually, even the name that she tried so hard to hold in her heart is gone from her memory. With the “retraining” complete, Eva is adopted into the family of a German officer. She acquires a loving, mild-mannered mother; a stern, distant father; and two siblings. Her new sister is especially welcoming, and the two grow close, but some part of Eva feels uneasy about loving and being loved by this family. Memories are tied to small acts of rebellion she can’t fully comprehend in a novel that requires readers look beyond an unappealing cover to discover the fascinating story inside. An extensive author’s note provides more information on Nazi persecution, especially as it relates to the Lebensborn program to “retrain” children from eastern Europe as citizens of the Reich. (Ages 10–14) 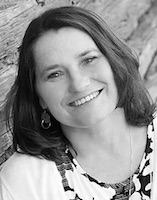