Eighteen-year-old Opal looks back on her lifelong friendship with Marianne, the biracial... read more

Eighteen-year-old Opal looks back on her lifelong friendship with Marianne, the biracial daughter of an Amish woman who has left her community. Although Opal seems to have everything going for her—she’s academically gifted and has a steady and loving family—she’d give it all up if Marianne would only love her in same the way she loves Marianne. Opal has been enamored since their childhood days, when she and Marianne would lie together under a blackberry bush, passing berries back and forth from mouth to mouth. This game awakened Opal’s sexual feeling for Marianne, a feeling that grew through adolescence but that she has kept hidden away. The land they live on is haunted by the ghost of an escaped slave named Hannah who also suffered a tragic, unrequited love generations earlier. Hannah’s story intertwines with that of Opal and Marianne, and leads to the same sad ending. A short, spare narrative offers complex characters and packs in a lot of emotion without ever becoming melodramatic. (Age 14 and older) 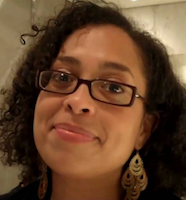