Elijah's Angel: A Story for Chanukah and Christmas

A first-person narrator tells of the year he, a nine-year-old Jewish boy, regularly... read more

A first-person narrator tells of the year he, a nine-year-old Jewish boy, regularly visited the shop of an 84-year-old African-American barber and woodcarver. His parents told their son that some of Elijah Pierce's carvings from the Bible represented what might be considered "graven images." The boy never spoke of this while the he and Elijah shared "time together the way Chanukah and Christmas shared the same day that year." One December after Elijah gave him a polka-dotted guardian angel, the boy hid it. His parents helped him to cherish the gift as an angel of friendship; in that spirit, the boy gave Elijah a menorah he had made at Hebrew school. Rosen based the moving personal story on the "character and vision" of Elijah Pierce (1892-1984), a woodcarver, lay minister, barber and personal friend to many of his visitors. Robinson grew up in the same Columbus, Ohio, neighborhood and spent long hours in Elijah's barbershop modeling clay and quilting while he carved and varnished. Her full-color paintings were done in house paint on scrap rag. (Ages 7-11) 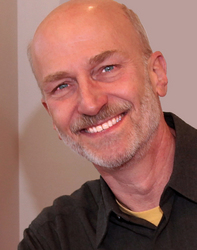