by John Flanagan • Book 3 of the Ranger's Apprentice Series

A fine balance of action-packed plot and deft character development combine in this... read more

A fine balance of action-packed plot and deft character development combine in this third volume of a first-rate fantasy series. At the cliff-hanging close of The Burning Bridge (Philomel, 2006), apprentice Ranger Will and Evanlyn, the king’s daughter, were taken captive by the outlaw captain of a raiding wolf boat. Ranger Halt is determined to rescue his apprentice, even if it means defying the King to whom he is sworn. Joined by Will’s friend Horace, the two travel toward Skandia, overcoming challenges from knights whose lands they must pass through along the way. Meanwhile, Will and Evanlyn attempt to orchestrate their escape while coping with both the tedium and oppression of captivity. As in the earlier books, moments of humor alternate with those of suspense, intrigue, and knightly battle. Halt’s experience, Horace’s fighting skills, Will’s creative problem solving, and Evanlyn’s determination all play a vital role as their adventures unfold. (Ages 10–14) 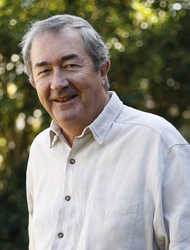