Satchel Paige is one of baseball’s greatest pitcher’s (maybe the greatest,... read more

Satchel Paige is one of baseball’s greatest pitcher’s (maybe the greatest, David Adler notes in an opening line sure to capture the attention of young sports enthusiasts). Adler’s narrative is enlivened by the integration of well-chosen quotes from or about Satchel Paige and captivating statements that reflect appreciation and enthusiasm for his subject. (“No one else pitched like Satchel Paige.”) Adler backs up those statements with intriguing information about the life of this extraordinarily talented player who spent the first twenty-five years of his career in the Negro Leagues. Paige never hesitated to speak up about the racial injustice that kept him out of the major leagues, where he finally started playing at age forty-two, and continued until his retirement at fifty-nine. Terry Widener’s distinctive acrylic paintings add to the lively feel of this volume. (Ages 6–9) 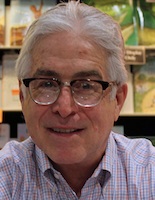 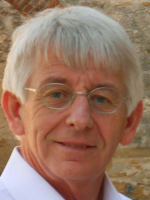