Based on a true story, Nasreen’s tale opens with an author’s note that... read more

Based on a true story, Nasreen’s tale opens with an author’s note that details some of the changes in Afghanistan during the Taliban reign of 1996–2001, including the restriction on girls from attending school or university. Brave “citizens… defied the Taliban in many ways, including supporting the secret schools for girls” both during and after the Taliban’s control of Afghanistan. In the story that follows, Nasreen lives alone with her grandmother after her father is seized by soldiers and her mother leaves to search for him. Nasreen does not speak after her parents’ disappearance, and her grandmother decides to send her to a secret school for girls, hoping that she will “learn about the world… and speak again.” Although her silence persists for a long time, eventually Nasreen begins to talk to another girl at the school and learns to read, write, and do math. “Windows opened for Nasreen in that little schoolroom… Nasreen no longer feels alone. The knowledge she holds inside will always be with her, like a good friend.” Illustrations are framed and surrounded by white space, serving as windows into Nasreen’s world. (Ages 6–10) 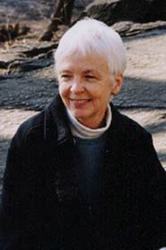 Lesson Plan from Learning to Give

Created by Learning to Give