Up Before Daybreak: Cotton and People in America

Cotton has been a key crop for the American economy since colonization, and is often... read more

Cotton has been a key crop for the American economy since colonization, and is often viewed as strictly a Southern commodity based on slave labor. Hopkinson traces the role that cotton has played in the history of the United States for both Southern and Northern interests, revealing a symbiotic relationship between the two regions. The South may have produced cotton, relying heavily on slave labor and then poor sharecroppers, but the North also played a key role in the processing, manufacturing, and exporting of textiles. By studying cotton through multiple lenses of economics, agriculture, race and gender, labor, and politics, Hopkinson paints a picture of the history of labor in America, with all of its injustices and exploitations. Photographs reveal the effects of backbreaking work on slaves in the fields, women and children in mills, immigrants, and almost every segment of the labor force. Arranged chronologically, and with extensive notes and suggestions for further reading, this book fills an important void in the literature of agricultural and labor history. (Age 11 and older) 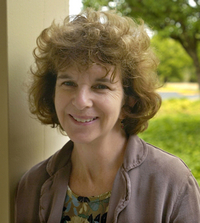