What’s not to love about Binky? The pointy-eared puss has become Space Cat... read more

What’s not to love about Binky? The pointy-eared puss has become Space Cat Certified and can now proceed with preparations to blast off. As he follows the top secret, step-by-step instructions provided by F.U.R.S.T. (Felines of the Universe Ready for Space Travel) for building a rocket ship, Binky recalls how he was just a kitten when he discovered that aliens were everywhere, evidenced by a scientific comparison between bugs and aliens in which he concluded they are one and the same. While Binky envisions encounters with alien beings on other-worldly planets, the truth is that “outer space” is really anything outside the walls of Binky’s very earthbound house, where he lives with his people, who are oblivious to the alien dangers or Binky’s big plans. Cat humor aside—and there is plenty of it here—Ashley Spires’s feline fantasy is a graphic novel full of charm, most of it in the form of Binky himself. (Ages 7–10) 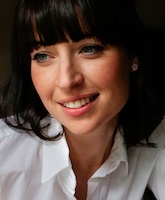 Created by The Review Wire

Lesson Plan from Kids Can Press