by Sara Pennypacker and Petra Mathers

Pierre is in love. “His face melted into a loopy smile whenever he heard her... read more

Pierre is in love. “His face melted into a loopy smile whenever he heard her name—Catherine!—or even a word that sounded like Catherine: aspirin, for example, or bathroom. ” But Pierre can’t bring himself to tell her how he feels: he is an “ordinary fisherman”; she is “an angel of grace.” So he is miserable. When Pierre finally manages to confess his feelings to Catherine, he discovers that she loves another. But it turns out that Catherine, too, has been living in misery, unable to tell him how she feels because her beloved is “an adventurer” and she is “only a ballet teacher.” Sara Pennypacker blends droll wit and tender-hearted humor in this beguiling story of a seemingly star-crossed duo whose biggest hurdle to happiness is the belief each one holds of not being worthy of the other. Pierre and Catherine’s passion, cloaked in two cases of mistaken identity, finally meets its purpose in the resolution of a sparkling picture book that blends humor, heart, and elements of mystery. Vivid descriptions (“He felt all bloopy and love-swoggled.”) and playful turns of phrase abound in a story that charms children and adults alike. Petra Mathers’ illustrations bring a wonderful visual dimension to love story between Pierre (a mustachioed rat) and Catherine (a dainty rabbit). Highly Commended, 2008 Charlotte Zolotow Award (Ages 5–9) 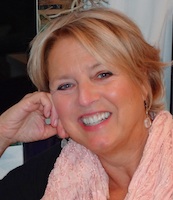