Sir Charlie: Chaplin, the Funniest Man in the World

“Watching the first ten minutes or so of Modern Times could be perilous.... read more

“Watching the first ten minutes or so of Modern Times could be perilous. You could die laughing. The scenes are that funny.” The late Sid Fleischman’s enthusiasm for the comic genius of Charlie Chaplin fuels his lively and informative biography of the entertainer. Fleischman vividly depicts Chaplin’s rough beginnings in the slums of London, his entrée into vaudeville, and his rise to Hollywood fame. Chaplin turned his gifts as a keen observer, talented mimic, and brilliant physical comedian into gold on stage and screen. Behind the scenes, he was a perfectionist whose personal life was as complicated as the intricate timing in a scene from one of his silent movie masterpieces. Even readers unfamiliar with Chaplin movies may recognize his “Little Tramp” character—one of many shown in black-and-white photographs of Chaplin in and out of costume. And Fleischman makes it easy for those smitten by Chaplin to find out more: He provides an annotated bibliography for further reading and an annotated filmography of his favorite Chaplin flicks. (Age 12 and older) 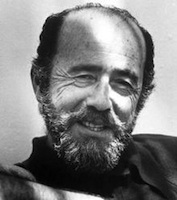