Laura Ingalls Wilder, Madam C. J. Walker, and Marie Curie were all born in 1867. All three women went on to become famous for their contributions to literature, business, and science, respectively. And all three women had daughters. Jeannine Atkins tells the story of three remarkable women, and three singular mother/daughter relationships, in poems full of insight and compassion for all six of her subjects. The three mothers were each fascinating in their own right, and the three daughters carved their own unique places in society as well, whether consciously following in their own mother’s footsteps or defiantly walking a road of their own—one that sometimes led them home again. Atkins admits to letting her imagination build on fact, but she clearly acknowledges the gap between the known and the speculative in her introduction. This thought-provoking collection is full of emotions both fierce and tender. After Marie Curie has died of leukemia her daughter asks, “Can the past press closer than the present? Who is a daughter without her mother?” (Age 12 and older) 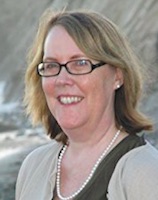 Blog for Jeannine Atkins: Views from a Window Seat