by Cynthia Rylant and Arthur Howard • Part of the Mr. Putter & Tabby Series

Mr. Putter and his trusty orange cat, Tabby, are once again featured in two easy readers. Still a kid at heart, Mr. Putter enjoys visiting the toy store to try out all the new wind-up toys in Mr. Putter and Tabby Fly the Plane. He finds he simply can't resist buying the remote control airplane he finds for sale. The cat is much less taken with it, however "...Tabby loved Mr. Putter, so she put up with all of it. " In Mr. Putter and Tabby Row the Boat, the two try to cool off on a hot day by inviting two friends to join them in a rowboat on the lake. It's much cooler there but by the time they've rowed back to shore and walked home again, they are just as sweaty as when they started out! As she has done in her Henry and Mudge series, Cynthia Rylant shows her considerable skill at creating engaging easy readers based on a friendship between man and beast. (Ages 5-7) 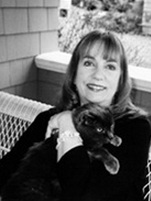 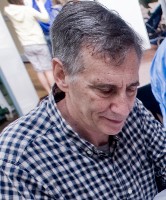