The Many Faces of George Washington: Remaking a Presidential Icon

History and forensic science are brought together in a fascinating account of efforts... read more

History and forensic science are brought together in a fascinating account of efforts to determine exactly what George Washington looked like at three different ages representing key eras in his life: age 19 (just as he was starting his military career), age 45 (when he was General of the colonial army), and age 57 (when he was elected President). The team of historians, scientists, and artists began working together in 2005, using existing clues (a bust, a life mask, Washington’s clothing, his own journal entries, and descriptions of him by his contemporaries) to create their three reconstructions. For each one, Carla Killough McClafferty provides historical context by recounting what was going on in Washington’s life at that time, drawing from a combination of primary and secondary sources. The accompanying illustrations add real depth to the informational narrative, and what ultimately emerges is not just the answer to what Washington really looked like, but the sort of man he was. (Age 11 and older) 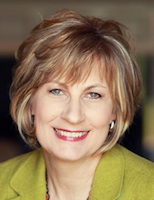