A Dream of Freedom

Diane McWhorter’s examination of the Civil Rights movement from 1954 to 1968... read more

Diane McWhorter’s examination of the Civil Rights movement from 1954 to 1968 places readers in the midst of this critical period in U.S. history. McWhorter provides an astonishingly clear discussion of this complicated time. Her introduction makes an indelible impression as she discusses her own life in Birmingham as a “child segregationist” during the 1950s and 1960s. It’s not that McWhorter actively opposed civil rights as a child, she simply saw no reason why the Blacks in her community were so troublesome and disruptive (a reflection of the milder adult attitudes around her). It wasn’t until she was an adult that she began to see what had been happening in a different way. That deeper understanding informs McWhorter’s narrative as she presents key events in the Civil Rights movement year by year. She skillfully uses anecdotes and stories culled from research and interviews (cited generally in a list of key resources at the book’s end, but not specifically sourced) to illustrate the tragedies of segregation, the passionate desire for change, and the attitudes and actions of individuals on both sides of the cause. Chapter by chapter, in cogent, lively prose, she documents how events and actions fit into the larger picture of the Civil Rights movement. She reveals how the fight for civil rights involved individuals and groups with varying approaches to achieving social and political change and conveys how each played an important, often critical role. The incredible complexity of that time is revealed in a lucid portrait that is intellectually enriching and emotionally resonant, making history tangible, relevant, and alive. (Ages 10–18) 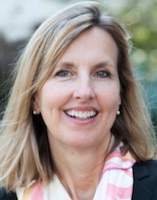