Oh, Freedom!: Kids Talk about the Civil Rights Movement with the People Who Made It Happen

Brief interviews were conducted by 34 middle-school students with 34 adults who lived... read more

Brief interviews were conducted by 34 middle-school students with 34 adults who lived through the mid-twentieth century U.S. civil rights movement. Some of the adults were active in the movement, others describe what life was like when segregation was legal, and one former KKK member talks candidly about his own racist views prior to his religious conversion while in prison for bombing the home of a Jewish civil rights leader in Meridian, Mississippi. Each interview is accompanied by a photographic portrait of the interviewer with his or her subject, along with documentary photographs of the activists at marches and sit-ins, revealing that many of them were middle-school students themselves when they got involved in the movement. The conversational tone of the interviews will make them accessible and appealing to young readers and because the interviewers are children, they often ask their subjects to explain things adults take for granted: how a sit-in worked, for example, or what "rhetoric" means. The interviews are organized into three sections: life under segregation; the movement to end legalized segregation; and the struggle to end poverty and discrimination. Each of these three sections opens with a cogent overview that provides a context for the interviews that will follow. The third section includes some remarkable interviews with people who were active in the Black Nationalist Movement and the Black Panthers, a side of U.S. history and politics rarely seen in children's books. (Ages 8-14) 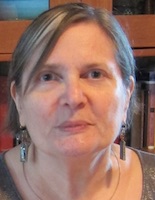