Seventeen-year-old Briony believes she is a witch who has the power to hurt those... read more

Seventeen-year-old Briony believes she is a witch who has the power to hurt those she loves. She is certain she caused her stepmother’s death as well as her twin sister Rose’s difficulties—Rose has the mind of a child and is prone to fierce outbursts. But Briony knows she will probably be killed if it’s discovered she’s a witch, and for all her self-loathing her desire to live is fierce. Briony’s passion for life is further fueled by her blossoming romance with Eldric, a young man staying with her family, but she often feels on uncertain ground with him. There is an uneasy balance between the world of witches and magic and the human world in Briony’s English village of Swampsea. Briony’s stepmother knew about this balance and for years helped Briony curb her true nature—or did she? As Franny Billingsley’s psychologically complex tale unfolds, everything Briony believes—about herself, her damaged sister, her beloved stepmother, and her distant father—unravels as years of manipulation by Briony’s stepmother gradually come to light. Briony’s memorable voice offers up fresh, astonishing, clever descriptions in a story that works as both fantasy and satisfying romance but also speaks powerfully as a portrait of a teen overcoming self-hatred and learning she is worthy of love. (Age 13 and older) 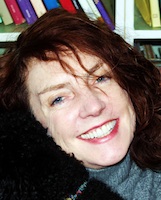