Catherine Reef’s lively biography of nineteenth-century novelist Jane Austen is a perfect accompaniment to Austen’s novels. Reef draws on Austen’s letters and other primary and secondary sources to create a portrait that also incorporates discussion of characters and scenes from Austen’s fictional works. In doing so, Reef showcases how Austen’s books offered sly, perceptive commentary on society and gender even as society and her own gender dictated many elements of her life as an unmarried woman. Source notes and an extensive bibliography round out a volume illustrated with occasional black-and-white reproductions of letters, photographs, and illustrations of early nineteenth-century British life. Teens who have already discovered the wit and wisdom of Austen’s writing will appreciate this insightful look at her life and her fictional worlds. (Age 13 and older) 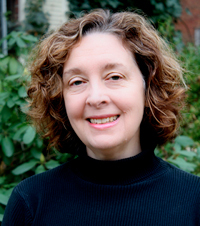