Lucy and the Green Man

For young Lucy, working in the garden is one of the ways she loves spending time... read more

For young Lucy, working in the garden is one of the ways she loves spending time with her Grandpa Will. It is Grandpa Will who teachers her about Lob, a green man who resides in his garden, and Lucy even catches a glimpse of Lob—this ancient being of the earth. But after Grandpa Will dies, the garden at her grandparents’ home goes untended, and eventually the house is sold. At her home in the city, Lucy feels bereft, grieving the loss of her grandpa and also of Lob. As time passes she begins to wonder if Lob was just made up. Meanwhile, Lob is literally adrift in the countryside, wandering in search of a new place to be, feeling drawn toward the city for reasons he can’t explain. It is a garden—and the hope and faith that a garden represents—that eventually reunites Lucy and Lob in this tender, satisfying story about both grieving and believing in the magic of the earth. (Ages 7–10) 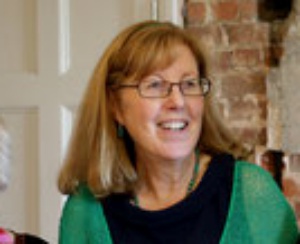