by Stephanie Stuve-Bodeen and Aaron Boyd

Bernardi would love to go to school, but he and his grandfather, Babu, don’t... read more

Bernardi would love to go to school, but he and his grandfather, Babu, don’t have enough money to pay the fees. Bernardi would also love a soccer ball, but the one he has seen in the store costs more than the fees for school. One day Babu makes Bernardi a music box that plays the same tune the elderly man used to sing before he lost his voice to an illness. Bernardi loves hearing the song again, but in the marketplace where he sells the toys Babu makes, a persistent tourist pressures Bernardi into selling the box. He now has enough money to buy the soccer ball. He also has a broken heart, wishing he’d kept his grandfather’s gift. Stephanie Stuve-Bodeen’s story is about a contemporary Tanzanian child, but the regret Bernardi feels is something with which all children can identify. All children should be lucky enough to have a loving parental figure like Babu, who eases his grandson’s misery and makes his dreams come true. First-time illustrator Aaron Boyd beautifully captures depths of feeling in his paintings, from Bernardi’s tears of sadness to Babu’s loving smile. (Ages 5–8) 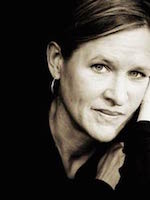