Seven quarrelsome brothers living in a small village in Ghana are confronted with... read more

Seven quarrelsome brothers living in a small village in Ghana are confronted with the opportunity to inherit equal shares of their late father’s possessions. To do so, they must figure out how to make gold out of colorful spools of thread before the moon rises that night. After determining that their father would not give them an impossible task, the young men figure out how to work together. They weave multicolored cloth with a “pattern of stripes and shapes that looked like the wings of birds.” They become so involved that they forget to argue, which is perhaps the inheritance gift their father intended. Although this is not a traditional tale, Angela Medearis’s original story suggests one way that kente cloth might have originated. The seven principles of the Nguzo Saba are included as part of a history of Kwanzaa in the introduction. Instructions for weaving a yarn belt appear at the end. David Minter’s striking linoleum block prints illustrate the story. (Ages 5-10) 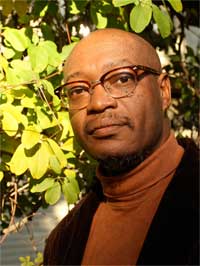