Flesh & Blood So Cheap: The Triangle Fire and Its Legacy

On March 25, 1911, a fire broke out on the eighth floor of the Asch Building in Manhattan, where the Triangle Waist Company occupied three floors. Some of the workers on the eighth and tenth floors escaped, but the workers on the crowded ninth floor, mostly young Italian and Russian Jewish immigrants, were trapped by a door that had been locked to prevent workers from leaving early. In all, 146 women died as a result, either from burning or jumping from the ninth floor windows in an attempt to escape the flames. Using many first-person accounts and historic photographs, Albert Marrin provides young readers with a solid background about immigration at the beginning of the twentieth century, as well as the sorts of working conditions that led to the tragedy. He also describes the rise of the labor movement and formation of unions prior to the fire and shows how the fire changed public opinion, paving the way for legislation that provided better working conditions, higher wages, and the right to unionize. He concludes with a look at modern-day working conditions overseas and here in the United States where people continue to work in situations not much better than those in the Triangle Waist Company. (Age 12 and older) 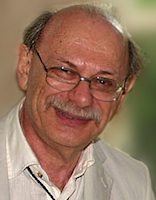