The Watch That Ends the Night: Voices from the Titanic

Allan Wolf’s artful merging of fact and fiction tells the story of the R.M.S.... read more

Allan Wolf’s artful merging of fact and fiction tells the story of the R.M.S. Titanic through the voices of a range of individuals who came to be on board, from the ship’s captain (E. J. Smith), its designer (Thomas Andrews), and a White Star Line executive (Bruce Ismay), to first-class passengers like John Jacob Astor and Margaret Brown; second-class passengers like young Frankie Goldsmith, a British boy traveling with his working class family; individuals in steerage, including Lebanese teen Jamila Nicola-Yarred and her younger brother, whose family, like many from Syria and Lebanon on the ship, are refugees fleeing the Turkish army; to crew members of many ranks and duties; to a rat on board the vessel. And then there is The Iceberg. Dispassionate, omniscient, and chilling, it speaks of a fate the ship and its passengers cannot avoid even as it reflects on natural history and ponders philosophical questions about humanity. The strength and at times sheer beauty of Wolf’s poetry is astonishing as he humanizes the tragedy by revealing and imagining the lives of the real people about whom he writes. By book’s end, it’s clear the sinking of the Titanic was not a single story or single tragedy, it was nearly two thousand. The merits of Wolf’s research and the way that research informed his writing are clear in the exemplary Notes following the main narrative; there he provides further details about the ship and each of the individuals to whom he gave voice, documents his many sources, and discusses his approach to melding fact with fiction (“When it comes to historical fiction, history is the bird cage; fiction is the bird.”). This moving, memorable volume excels on every front. (Age 13 and older) 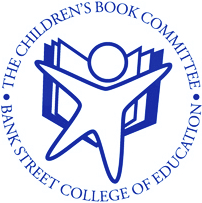 I, Too, Sing America

by Catherine Clinton and Stephen Alcorn

Yesterday I Had the Blues

The Way a Door Closes

A Kick in the Head

by Joyce Sidman and Pamela Zagarenski