by Janet Nolan and Marie LaFrance

In 1901 a businessman in Livermore, California, presented the volunteer firefighters... read more

In 1901 a businessman in Livermore, California, presented the volunteer firefighters in town with a four-watt bulb made of carbon filament and hand-blown glass to light the storage shack where fire equipment was kept. The shack eventually became a firehouse, and later a bigger firehouse was built. In each place the original bulb has burned on. This clever and engaging look at changes in a community over a hundred years uses this intriguing historical tidbit as its launching point, chronicling the arrival of cars, and later television, the increasing—and increasingly diverse—population of the community, changes in how firefighters and others respond to an emergency, and much more. Through it all, the light is the touchstone. The changes are documented in ten-year intervals in a narrative full of captivating details and illustrations reminiscent of folk art. An afterword provides additional information about the centennial light, including a photograph of it still burning today, in this picture book that would be a delight even if it weren’t based on fact—something that only adds to the pleasure. (Ages 5–9) 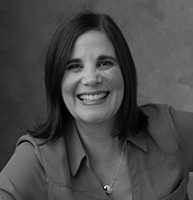