The Fairy Ring: Or Elsie and Frances Fool the World

Near the end of World War I, teenage Elsie Wright, a talented artist, drew pictures of fairies, cut them out and, with her nine-year-old cousin Frances Griffiths, photographed them in the glen near their home. They told their families the fairies were real—a shared secret without malicious intent. But after the war, Elsie’s mother told a member of the Theosophist Society—believers in fairy lore—about the amazing pictures of fairies. Word quickly spread, and one of the photos was published to great sensation. Even fairy believer Sir Arthur Conan Doyle wrote Elsie. Author Mary Losure’s story is sized like an intimate novel and has a warm, inviting tone, but it’s also a well-documented and well-researched true story. She describes the girls’ actions without judgment while leaving readers plenty of room for speculation on each one’s motivation for maintaining the lie for decades (they didn’t reveal the truth until the BBC tracked them down in the 1980s). Elsie’s creativity fostered a vibrant spirit. Frances was quieter but also steadfast in her belief that although the fairies they photographed weren’t real, there were, indeed, fairies in the glen—because she saw them numerous times. A beautifully designed little book features reproductions of several of the fairy photos. (Ages 9–12) 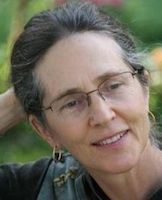