Near the end of his junior year in high school, John begins to produce his own 'zine... read more

Near the end of his junior year in high school, John begins to produce his own 'zine Bananafish, in which he sarcastically pours out his feelings about his miserable suburban life: he has no true friends, and his divorced parents have distanced themselves not only from each other but from their only child. John becomes particularly intrigued with the writing of Marisol Guzman, who publishes a 'zine called Escape Velocity, in which she freely expresses her feelings about being a “Puerto Rican Cuban Yankee Lesbian.” After John arranges to meet Marisol, who turns out to be a high school senior in Cambridge, Massachusetts, the two hit it off -- sort of. Their friendship is always a bit dicey, due to John’s propensity for lying and Marisol’s insistence on always telling the truth, even when it hurts. Opinionated, gutsy and articulate Marisol is unlike anyone John has ever known and before long he begins to fall in love with her, even though he knows a romantic relationship is out of the question. We come to know these intelligent and complex characters through John’s wry narrative and through the poems, essays and letters they write each other through their 'zines. The latter allows readers to gain a deeper insight into each of the teen characters, which is further enriched by the critiques they give each other’s writings. Wittlinger has brilliantly created a funny/sad young adult novel that has a rare combination of realism and hope. (Age 15 and older) 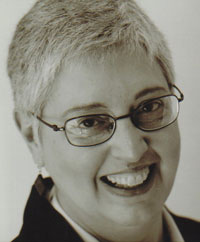 Part 2 of Interview with Ellen Wittlinger

Part 1 of Interview with Ellen Wittlinger