Dying to Know You

Although this story is told from the point of view of a seventy-five-year-old writer,... read more

Although this story is told from the point of view of a seventy-five-year-old writer, it’s all about seventeen-year old Karl, who is in love with Fiorella. Karl has sought out the assistance of a local writer of young adult novels because he needs help: Fiorella has asked him to give her written responses to several questions so she can determine whether he is worthy of her love. Karl, a dyslexic, feels incapable, and the writer is willing to help him but he has to get to know him first—something that’s hard to do because Karl is inarticulate and not exactly forthcoming. Gradually, through their growing friendship, and frequent fishing trips, he learns that Karl is still grieving the death of his father years earlier and that he’s uncertain about his future. He’s happily working as a plumber’s assistant, but he has a secret urge to create sculptures. Karl’s character is revealed slowly and mostly through dialogue, through the probing, often amusing, philosophical exchanges between him and the writer. Ultimately, the story explores the role of art in a world that doesn’t understand it or care about it, and both Karl and the author grow as a result of their friendship. (Age 14 and older) 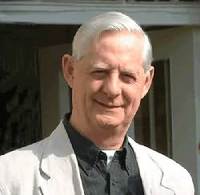