A future world battered by climate change, war, and deprivation introduced in Ship Breaker (Little, Brown, 2010) continues to emerge as the story moves from the Gulf coast to the area in and around Washington, D.C., now a partially submerged city. Warlords and their troops of boy soldiers battle for dominance with non-stop guerilla hostilities. Mahlia, a “war maggot,” recently lost a hand to soldiers, but her friend Mouse saved her from losing more. Now Mouse is in danger—he’s been forcibly inducted into a squad of soldier boys—and Mahlia is determined to rescue him. With the assistance of Tool, an enigmatic bioengineered being with whom she forges an unlikely alliance, Mahlia is able to track Mouse—but not before he’s been indoctrinated into the soldier boy ranks. Soon all three are ensnared in the rising chaos as two powerful factions fight for supremacy in a setting haunted by U.S. historical artifacts. Chapters alternate between Mahlia’s, Mouse’s, and Tool’s perspectives, and the contrast of the three creates tension and works to efficiently develop the narrative. The characters struggle to balance loyalty and patriotism with the immediacy of self-preservation in a novel that offers equal parts action and introspection. (Age 13 and older) 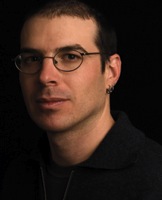