The last Canadian airlift to leave Saigon during the Vietnam War was on April 11,... read more

The last Canadian airlift to leave Saigon during the Vietnam War was on April 11, 1975. The plane carried 57 babies and children, along with rescue workers. Son Thi Anh Tuyet was one of the orphans on board. About nine years old at the time, she was experienced helping care for younger children and babies—something she did all the time at the orphanage where she’d lived. So perhaps it was no surprise that when she first met the Morris family in Toronto a few weeks later, she assumed the couple with three young children had picked her to be their helper, not their daughter. But they had chosen her to be their child, and in the coming weeks and months, as Tuyet adjusts to life in the West, she also begins to understand what it means to be part of a family, and loved unconditionally. Marsha Forchuk Skrypuch never strays from Tuyet’s child-centered perspective in recounting her experiences. In an author’s note, Skrypuch describes interviewing Tuyet (obviously now an adult), who found that she remembered more and more of the past as she talked. Dialogue takes this narrative out of the category of pure nonfiction, but Tuyet’s story, with its occasional black-and-white photographs, is no less affecting because of it. (Ages 9–14) 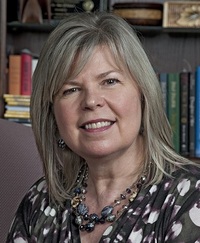