First to Fly: How Wilbur and Orville Wright Invented the Airplane

by Peter Busby and David Craig

This captivating, highly visual volume documents the Wright brother’s lives, especially their accomplishments in the field of aviation. Orville and Wilbur Wright grew up in a household where they were encouraged to discover and learn, with a mother who taught them to tinker and fix. Their early fascination with flight revolved around a small, rubber-band-powered helicopter toy they called the “bat.” As young men, they closely followed early efforts at human flight reported in the media, but they made their living building and repairing bicycles. That mechanical experience served them well once they decided to join the ranks of those determined to fly. The engaging narrative is accompanied by numerous photographs, diagrams explaining the Wrights’ theories and inventions, and original illustrations depicting their work both in the laboratory and on the field at Kitty Hawk and elsewhere. (Ages 7–11) 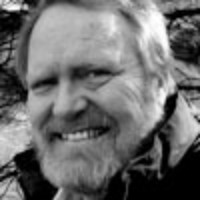