A novel unfolds through seven interconnected stories that begin in 2073, with a journalist... read more

A novel unfolds through seven interconnected stories that begin in 2073, with a journalist named Eric Seven arriving on Blessed, a remote Scandinavian island. He's there to investigate vague rumors about the islanders' immortality. Eric feels a strong connection to a young woman named Merle who lives on the island, and uncertain of the goodwill of an elder named Tor. Unaware the tea provided as part of island hospitality is obscuring his memory, Eric forgets why he came. An anonymous message reminds him. Spurred by this and a secret encounter with Merle, he investigates, only to have his story come to a stunning and shocking climax. "I, thinks Eric Seven, have lived this before." Each of the subsequent stories pulls readers back through time: to an archeological dig in 2011; to World War II in 1944; 1902; 1848; to the tenth century; and, finally, to a "time unknown." In each of the stories, Eric and Merle are present on the island, the roles they play shifting and changing but always connected: mother and son, brother and sister, friends, lovers. They are fated to be together, but why? The answer comes in the oldest story, but with each account, more is revealed about the mysteries of the Island of Blessed. Challenging and satisfying, this is a book ripe for discussion and discovery: of connections between and among the stories, and of the power of love and the danger of power. Wonderfully drawn characters across the stories and a distinct tone and mood within each one further distinguish this alluring work. (Age 14 and older) 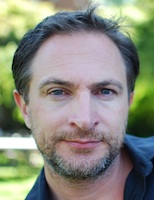