Potions master Kyra is on the run after a failed attempt to assassinate Princess... read more

Potions master Kyra is on the run after a failed attempt to assassinate Princess Ariana, heir to the throne. The fact that the princess is also her best friend doesn't deter Kyra from wanting to succeed at her self-imposed mission. Krya's had dire visions in which Ariana causes the complete destruction of the kingdom. With the princess now in hiding, Kyra ends up in possession of a pig with special hunting abilities to track her down. The small creature has an endearing disposition that Kyra tries to resist, not to mention a soft spot for dog biscuits. And then there's Fred. Handsome and friendly, this wanderer Kyra meets in the woods is really the last thing she needs. But he did provide the dog biscuits, along with a name for the pig (Rosie), and a helping hand at a desperate moment. So when Fred is later accosted, Kyra comes to his aid, although she risks revealing her own considerable fighting skills, making it hard to maintain her disguise as nothing more than another wayfarer. She doesn't want a traveling companion but seems fated to have found one in Fred-a proposition she finds both vexing and pleasing. Bridget Zinn's buoyant novel brims with adventure, mayhem, intrigue, humor, and romance, along with surprising twists and revelations right up to the end. (Ages 11-15) 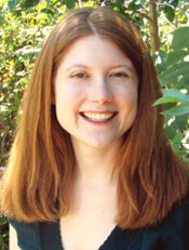