by Robert Burleigh and Raúl Colón

Henrietta Leavitt was fascinated by the stars as a child and studied them when she... read more

Henrietta Leavitt was fascinated by the stars as a child and studied them when she went to college. She got a job at an observatory, but, as a woman, was rarely allowed to use the telescope. She worked in a room with other women recording, measuring, and calculating the results of what the men had observed. She was not expected to think. But she did. Henrietta began recording patterns she noticed in the blinking of stars, and eventually realized what they meant: She'd figured out the way to determine the true brightness of a star, which was essential to measuring its distance from earth. "Yes, I am an astronomer!" An artful picture book account of this late-nineteenth-century pioneer captures a sense of wonder and also Henrietta's curiosity and intelligence. End matter provides more information about Henrietta and her discovery, as well as source information. (Ages 5-8) 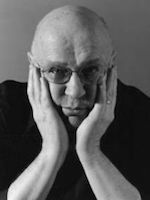