by Holly Black and Eliza Wheeler

Zach, Alice, and Poppy's friendship has always revolved around an ongoing game they... read more

Zach, Alice, and Poppy's friendship has always revolved around an ongoing game they play together, involving imaginary characters and an ever-expanding storyline. But now that they are in middle school, Zach has begun to worry how his basketball teammates would react if they knew what he was doing. His father throws Zach's game action figures in the trash, determined to push him to grow up and to protect him from potential humiliation. Enraged and embarrassed, Zach can't admit to Alice and Poppy what has happened, and instead announces that he is done playing. He gets drawn back in after Poppy becomes certain the old bone china doll they call the Queen, who rules their game from a spot inside a locked display cabinet, is haunting her. She believes the doll was made from the skeleton of a dead girl who wants the doll buried in her family's grave. Reunited in a common goal, the three friends set out in the middle of the night to return the doll bones to their proper resting place in another town. During a quest that includes stealing a boat and breaking into a public library, the trio is often at odds, discovering the real world is more difficult to navigate than the imaginary one in which they've spent so much time. Focused on young people straddling the border between childhood and adolescence, this novel of friendship serves up a satisfying mix of creepiness and contemporary realism. (Ages 9-13) 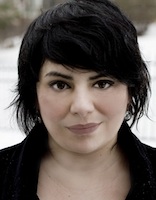