by Nell Beram and Carolyn Boriss-Krimsky

Artist. Musician. Feminist. Activist. This arresting look at Yoko Ono's life, art, and music begins with her childhood of economic privilege, although the years of World War II in Japan were hard ones. By the time she returned to the United States at age twenty (she had lived here for a time as a young child), she was interested in a career in music but her creativity and vision couldn't be contained in a single form or genre. She worked above all with ideas, breaking down boundaries between artist and audience as a pioneer in the areas of performance and conceptual art. This is an accessible, intelligent look at Ono as a singular, visionary artist constantly challenging herself, constantly experimenting, and constantly demanding that the audience be part of the artistic process to complete the meaning of her works (she believes that everyone is an artist). As seen here, Ono and John Lennon were kindred spirits with similar humor and intelligence and vision. Early on, their lives together were lively and challenging by turns but eventually settled into something that sustained them both until John's tragic death. Vilified by the public and media in the years before he died, Ono was embraced in the aftermath, and both responses demonstrate the fickleness of celebrity culture, just one of many fascinating aspects of this work. Ample photographs are included in a beautifully designed book that draws from rich source material, including original interviews, all of which are cited. (Age 14 and older) 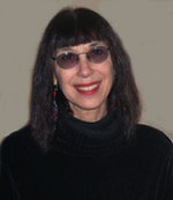