It's Kind of a Funny Story

Craig does not have overzealous parents or high-achieving friends, but he puts enormous... read more

Craig does not have overzealous parents or high-achieving friends, but he puts enormous pressure on himself to excel, working hard enough to be accepted to an elite school for gifted teens. But this achievement drives him into near paralyzing anxiety. Eventually his depression is so severe he calls a suicide hotline and is counseled into checking himself into a psychiatric hospital. It is there, in the adult psychiatric ward, that Craig is introduced to a wild and hilarious cast of patients and co-conspirators. He becomes a friend to other patients of various ages and degrees of illness, and he slowly works through his issues with a social worker who really seems to understand him. Craig finally learns to use his positive relationships as his “anchors.” He rediscovers a childhood love for maps and drawing and develops a unique style of art he calls “brain maps,” making “portraits” of his fellow patients. There is nothing intrinsically funny about anxiety and depression, but Craig learns that his sense of humor is his greatest tool. Talk therapy, medication, and the love and support of family and friends help see Craig through his dark times as gracefully as possible, which, if not altogether realistic for all teens, does provide hope. (Age 13 and older) 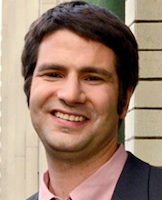 Blog for Ned Vizzini: Rockets in the Night -- A Metaphor