by Jan Greenberg and Sandra Jordan

The folded shapes and crenellated forms created by potter George E. Ohr may not look that distinctive now, but the striking pots he shaped were like nothing else seen in the late 1800s. And they were largely unheralded at the time. But Ohr was more than the genius he knew himself to be; he was a personality and a showman in Biloxi, Mississippi, where he had his potter's studio. But beneath all his dazzle was incredible talent: He spun out pots and pitchers and vases and vessels with twists and turns that were sometimes quirky and playful and sometimes, simply, strikingly beautiful. He experimented with glazes. And he thrived on his own eccentricity (although his family did not). Jan Greenberg and Sandra Jordan provide a lively introduction to this American artist who was all but undiscovered until the final decades of the twentieth century, long after his death. Their final chapter shows his influence on contemporary pottery, and even contemporary architecture-a museum dedicated to Ohr designed by Frank Gehry was inspired by his forms. Detailed source notes follow a primer on "How to Look at a Pot." (Ages 11-15) 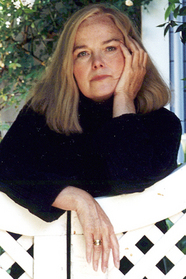