Set in Greenwood, Mississippi, during Freedom Summer in 1964, Deborah Wiles follows two kids whose lives are changed by the historic events unfolding in their town. Twelve-year-old Sunny, who is white, has never quite gotten over her mother’s abandonment. She likes her stepbrother and stepsister, but isn’t interested in bonding with her stepmother. When the Freedom Summer volunteers arrive, she emotionally attaches herself to one of the young white women, imagining for a while it might even be her mother, although that’s clearly impossible. African American Ray’s family is hosting one of the volunteers. His mother insists they take this stand despite his father’s protests and the very real danger. Ray is initially underwhelmed by the freedom workers and their efforts in conjunction with the Mississippi Democratic Freedom Party to register voters and establish a Freedom School. But he’s also tired of not doing anything about the racism he faces every day and gradually gets drawn into their activism. Sunny, meanwhile, realizes Ray is the boy she bumped into at the pool during an illicit middle-of-the-night swim. She has never given much thought to what life is like for Blacks in her community, but paying attention to Ray begins to personalize her understanding of what is going on her town beyond the dramas large and small in her own family. Wiles integrates actual news accounts, documentary photographs, freedom songs, and other source material providing historical context into a story that explores the courage required to fight for dignity and justice on both the personal and political fronts. (Ages 11–14) 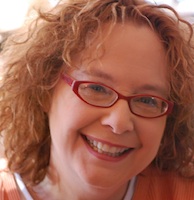