by Boaz Yakin and Nick Bertozzi

A substantive graphic novel set in a four-year period beginning in 1945 follows the... read more

A substantive graphic novel set in a four-year period beginning in 1945 follows the fate of a single family and those connected to them as Palestine and Jerusalem are on the edge of sweeping changes. A family feud of Biblical proportion is part of the backdrop, and the tension and fighting within the family mirrors the tension and fighting in Palestine at the time. Through the older sons, various aspects of activism and politics in Jerusalem at this time play out: Avraham has just returned from serving with the British in World War II and joins the Communists, where his voice is united with other Palestinians-Jews, Arabs, and Christians-demanding economic justice. David takes his turn going off to war once Avraham returns, and eventually a young Italian Jewish woman shows up at the door: his pregnant wife, who has seen things she can't talk of in Europe. Elias is secretly involved with the Zionist movement, working toward establishing an independent Jewish state. The United Nations vote to partition Palestine is shown in a breathless series of pages here as the characters who've become familiar-Jewish and Arab-listen to nations casting their vote. In the aftermath, once peaceful relationships between Jews and Arabs dissolve into a war that is awful on all sides, leading to an ending that is tragic and feels unfinished, suggesting the possibility of a sequel. (Age 16 and older) 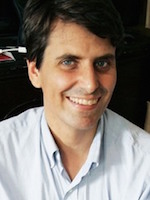 Created by The Rumpus