I Am Jackie Robinson

Like other books in this author/illustrator duo’s “Ordinary People Who... read more

Like other books in this author/illustrator duo’s “Ordinary People Who Changed the World” series, this inspired offering delivers a handful of facts to reinforce significant traits about its subject. In the case of Robinson, it’s his athletic talent and his role as a leader within and beyond sports. The blend of brief, engaging, first-person text and fictional speech-bubble commentary work together to advance the themes and outline the story of Robinson’s life, including his accomplishments in baseball and the racism he faced. The visual humor centers around Robinson’s appearance as a child in a baseball uniform and cap with a “B” from his earliest days, a point of occasional speculation in the comic-style dialogue, even in the midst of serious moments. At one point, Jackie describes the segregated pool of his childhood. “Don’t they know how mean that is?” asks one friend. “Trust me, they know,” Jackie replies. “Maybe the 'B’ is for buoyant?” suggests another friend of Jackie’s. In the end, of course, the “B” is for Brooklyn. But also for “brave.” (Ages 6–9) 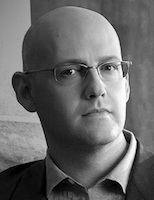 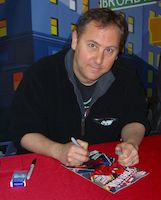