York's Adventures with Lewis and Clark: An African-American's Part in the Great Expedition

Most people know of the courageous expedition made by Meriwether Lewis and William... read more

Most people know of the courageous expedition made by Meriwether Lewis and William Clark in 1803. A beautiful book full of well-documented photos and drawings focuses on a little-known member of the team, a man whose contributions all but ensured the expedition’s success. York was a slave who had been “given” to Clark as a child to serve as his personal attendant. While there are many gaps in what is known about York’s life, Rhoda Blumberg has culled all available sources to profile his critical role in the Corps of Discovery. Throughout the expedition, York’s talents for hunting and trading and his strength, intelligence, and good nature made him indispensable. He was responsible for carrying all of his own belongings as well as those of Clark. York’s loyalty to his master was well documented. One unexpected gift that York provided was the very thing that made him unequal to the other men in his team: the color of his skin. Native tribes were so interested in his skin and hair that the Corps was most definitely better received than had they shown up as a band of white men. Unfortunately, upon returning to St. Louis after the expedition, York’s contributions were suddenly ignored. He received no pay—certainly not the 320 acres of land enjoyed by other men—and he received no official commendation from the government until 2001, when President Clinton made him an honorary sergeant in the U.S. Army. Extensive endnotes and an index make this book adequate for research, but the story is so captivating that it can be enjoyed as a great read about a heroic American. (Ages 11–15) 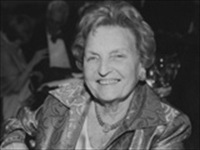