Memoirs of a Teenage Amnesiac

A compelling exploration of identity is built on a fascinating premise: as the result... read more

A compelling exploration of identity is built on a fascinating premise: as the result of a head injury, seventeen-year-old Naomi can’t remember anything that’s happened since she was twelve. She learns that her parents divorced two years before, and she has been estranged from her mother even since. She has to get to know her best friend, her boyfriend, and her school all over again. More important, she has to get to know herself, and she doesn’t necessarily understand who this teenager Naomi is. Does she really like playing on the tennis team? What does she possibly have in common with her jock boyfriend, Ace? Why is she coeditor of the yearbook? She finds herself drawn to a boy named James, a true unknown in a life where everyone has become a stranger. His life on the edge makes her feel alive, and spending time with him is far more appealing than going through the motions of the life she apparently led. As Naomi struggles to make sense of the distance—and difference—between herself at twelve and herself at seventeen, she gains numerous facts and occasional insight from Will, who explains in a series of notes and letters that he is her best friend (and coeditor of the yearbook). But it’s what Will isn’t saying that turns out to be the most important thing in Gabrielle Zevin’s intriguing story. Naomi is adopted and Zevin deftly explores the idea of being an “orphan” in multiple ways throughout her captivating novel. (Age 12 and older) 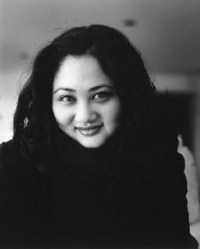