Willowdean routinely introduces herself as a fat girl, but her feelings about her... read more

Willowdean routinely introduces herself as a fat girl, but her feelings about her body are much more complicated than this forthrightness suggests. The daughter of a former beauty queen, she’s rarely allowed to forget she isn’t thin. Still, Willowdean makes no apologies for her weight. She decides to enter the local Miss Teen Blue Bonnet pageant for her beloved late aunt, who lived largely in seclusion because of her weight. She’s also doing it for the girls she’s convinced to join her—three other teens at school who don’t meet typical standards of beauty. Together, she tells them, they can make a statement. But when Willowdean’s pretty best friend Ellen signs up with them, Willowdean feels betrayed. Meanwhile, Willowdean is growing close to Bo, on whom she’s had a longstanding crush. But she recoils when he puts his hand on her waist while they’re kissing, worried what he’ll think of her fat. She can also imagine what people at school would say if they see the two of them as a couple. It’s easier to picture herself with Mitch. Like Bo, Mitch is an athlete. Unlike Bo, he’s on the heavy side. Both boys genuinely like her. Bo is the one she’s attracted to. Mitch is the one she’s convinced herself makes sense, although she knows she’s not being fair to Mitch in letting him think she feels more. Willowdean’s ultimate struggle isn’t accepting herself; it’s accepting the love of others in an insightful, honest, funny novel that comes with a big ol’ riotous dose of Dolly Parton. (Age 13 and older) 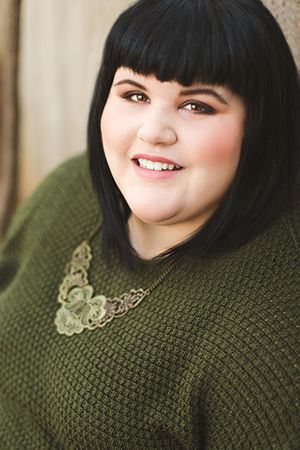 Interview about film with Julie Murphy

Created by The books, the art and me

View on The books, the art and me Share